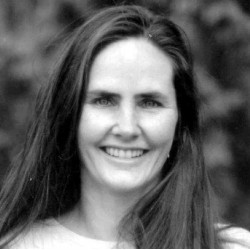 Use of Weapons
Iain M. Banks

Spillover: Animal Infections and the Next Human Pandemic
David Quammen Wow! What a great book! And so underrated up on Goodreads. I read a bunch of reviews to figure out why it is so underrated.

Here's the thing. If you don't like one or more of the following, you will NOT like this book: being scared, being grossed out, being faced with some facts about how the world could end, violence to animals or people, sci-fi, horror, weird things, violent cultures like the Mayans, drug use, time-travel, long books, or the first of a series where all the storylines are not wrapped up. Or if your main character has to be a great, loveable guy, a hero, then you won't like this.

Now, if you like all those things, especially: weird, creepy, time-traveling, world-building of Mayan culture with a dystopian bent, this is probably THE book for you. Even better, the writer creates the most realistic modern voice in the narrator that I've ever read. He talks like a regular person (well a regular person with Asperger's syndrome or some type of non-normal pattern of thinking that allows him to remember everything and get completely absorbed in certain topics such as Mayan culture, calendars, and games). It's shocking at how realistic he talks at first, and then if you're like me, you'll like it. It's funny one second, scary the next, and gives you direct access to the worlds he is experiencing.

The voice of the narrator and the way it is written looks like an innovation in literature to me. Once I read it, I realized that everything else I have read so far was conventional to some degree.

Now I am trying to learn more about Mayan, Aztec, Incan cultures. I find them fascinating.

I am looking forward to reading the second book now.
Tweet